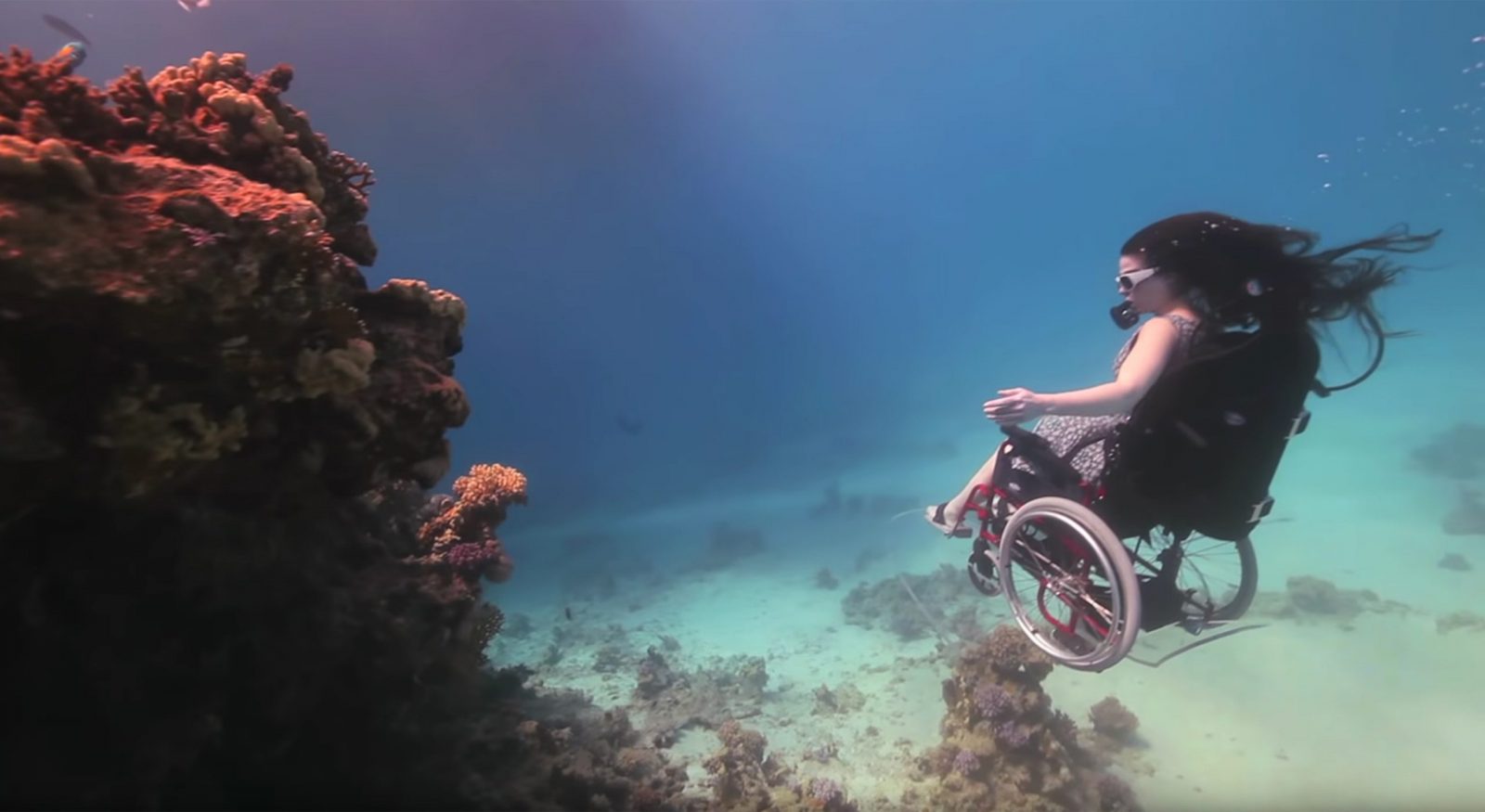 Speaking of virtual reality, we think of technologies that mainly have to do with sight and hearing. Yet there is a visual imagination, an auditory imagination, but there are also a tactile and an olfactory one.Â

Researchers from the most prestigious universities in the United States and China have been working on the tactile one for years, and apparently they have recently succeeded in developing an artificial film, or rather a membrane, capable of transmitting tactile signals to the fingertips and the rest of the hand. 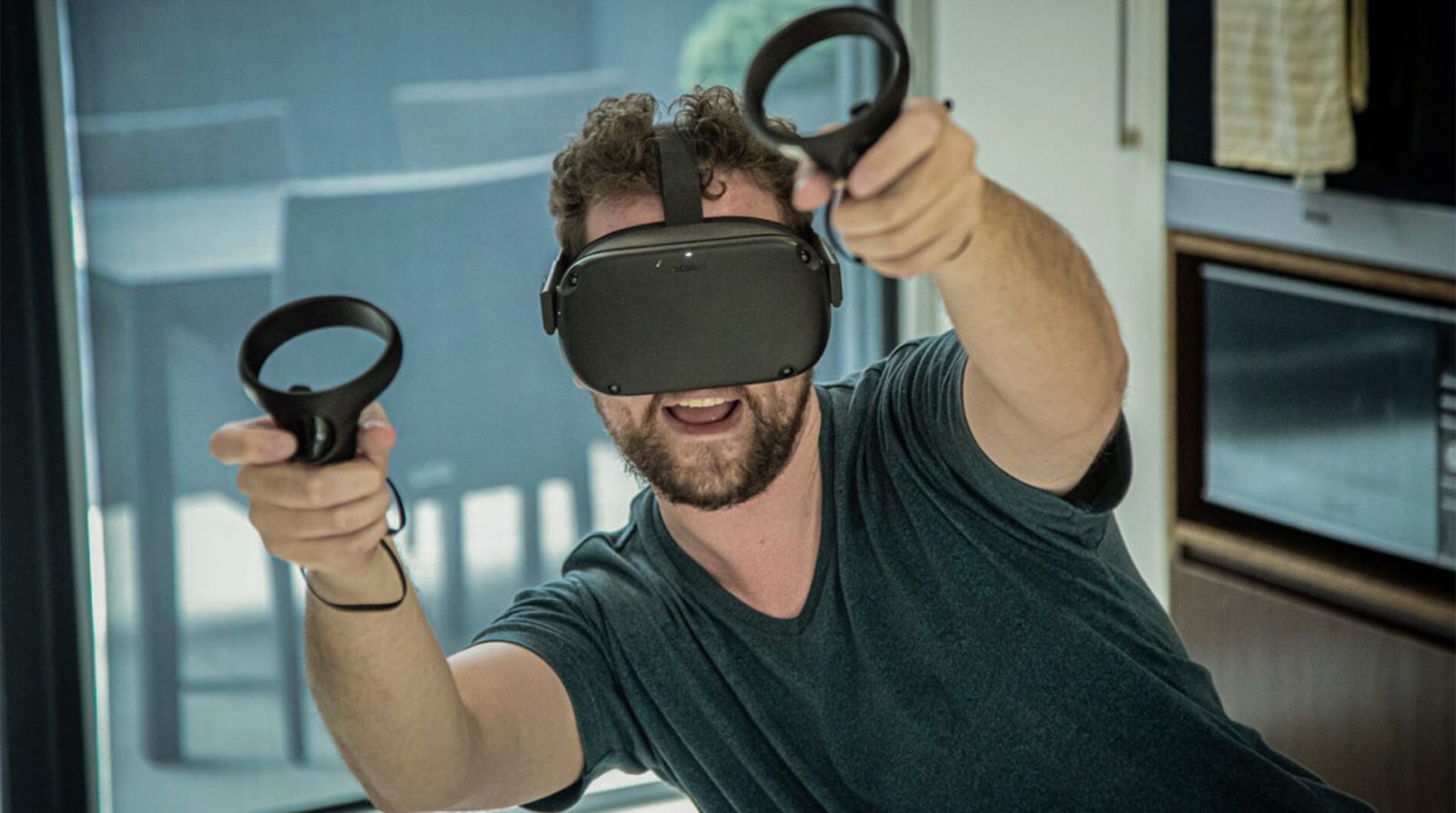 The invention translates virtual signals into physical feelings, to give the possibility to come into virtual contact with an object or a person through the skin. A huge leap forward in the medical field to help not only the blind and deaf, but also to improve the quality of life of those who have lost any other type of sensitivity. In everyday life, this invention could change entertainment, gaming, and all the workshops and webinars that are populating our lives, making them a much more engaging experience. Especially in this historical moment in which touching became so dangerous and therefore the most sacrificed sense.

Sense Five is a concept – developed by German design studio WertelOberfell – expected to hit the market in the coming months. It is an orientation stick that uses tactile signals rather than sound ones. The warning sound of the sticks currently on the market can be frightening in too quiet environments and it could be missed in too noisy ones. Thanks to a camera inserted in the handle and an artificial intelligence system, Sense Five detects objects and obstacles – even in motion – up to five meters distant, immediately translating them into tactile impulses. 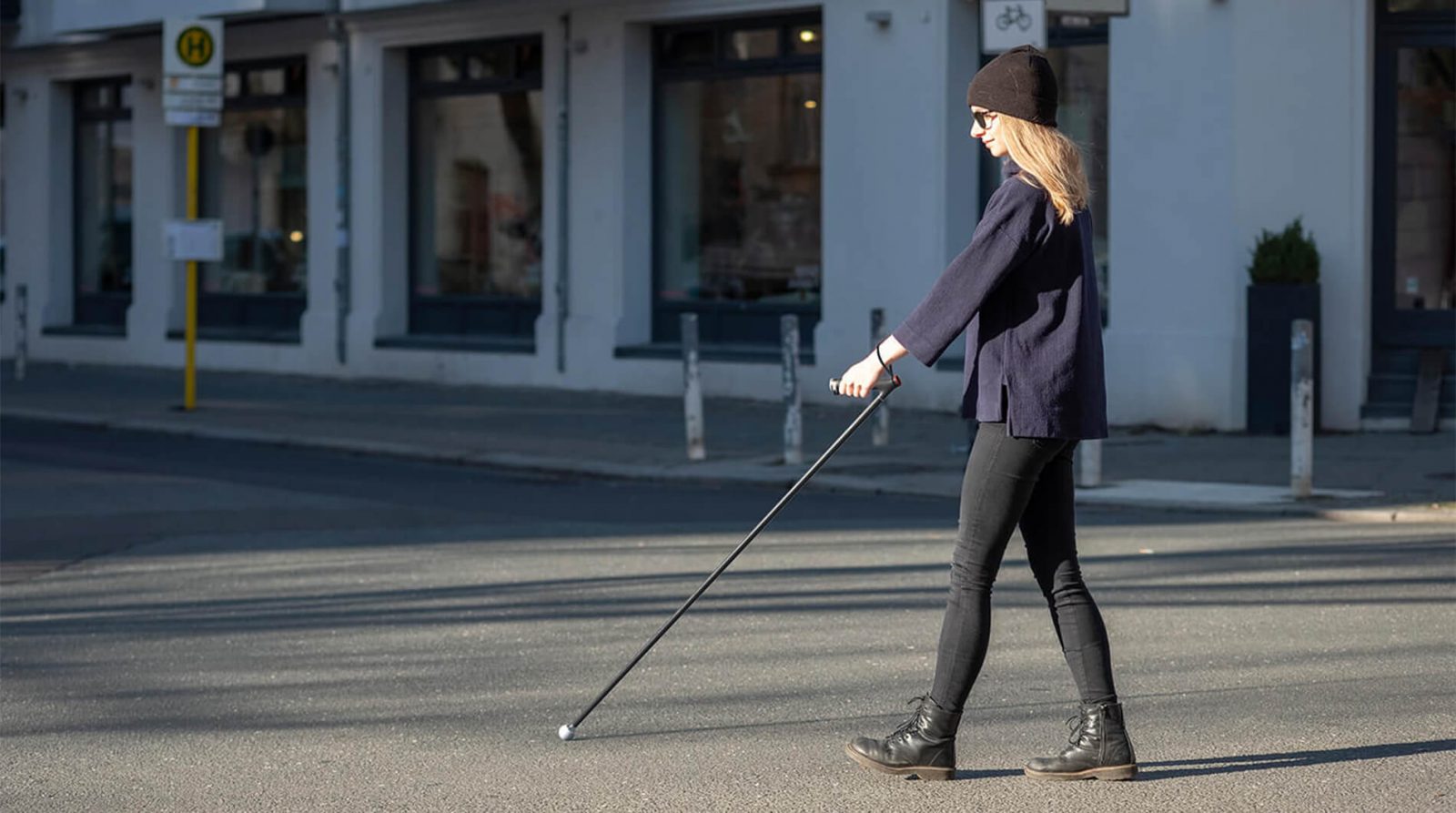 It is called a haptic surface, capable of varying its consistency according to different intensities. In fact, the presence of cars, construction sites, sidewalks and any other hindering tool on the path are signaled by the change of surface of the handle, from smooth to rough. A stick that aims to be much more than an aid for the blind. Sense Five becomes an actual design object, in which functionality and aesthetics find their maximum expression.

The fashion industry is also working in a direction of inclusiveness and variety for people with disabilities. Target, Zappos, Nike and H&M have already introduced some special lines in their collections, while the Open Style Lab hosts fashion shows at the Parsons School of Design in New York. But the brand that hit the headlines is Tommy Hilfiger, the brand known for its “classic American cool” style, which launched its new line Tommy Adaptive bringing to the runway celebrities such as autistic chef Jeremiah Josey, motivational speaker Mama Cax, paraplegic dancer Chelsie Hill and Paralympic gold medalist Jeremy Campbell. 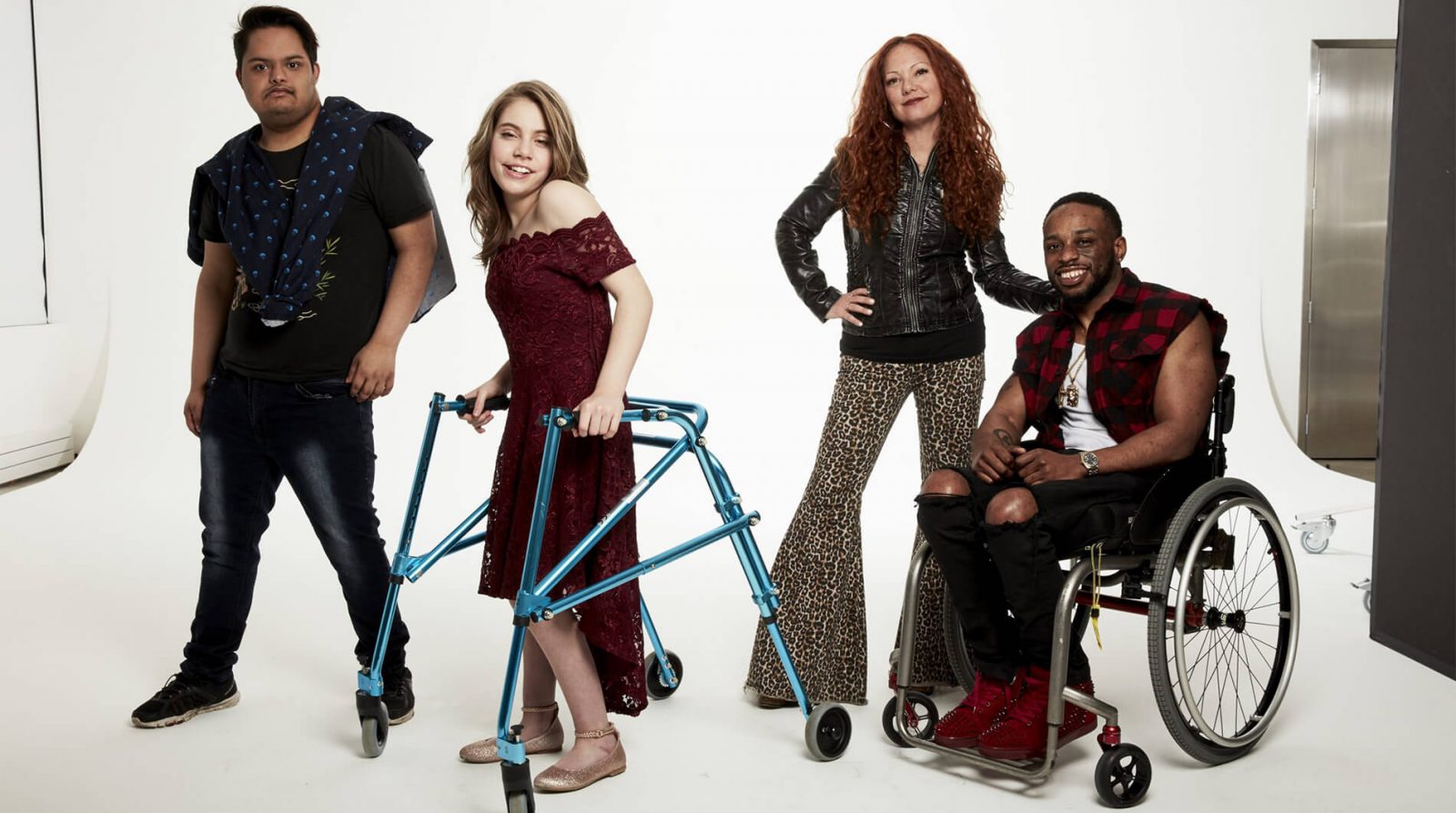 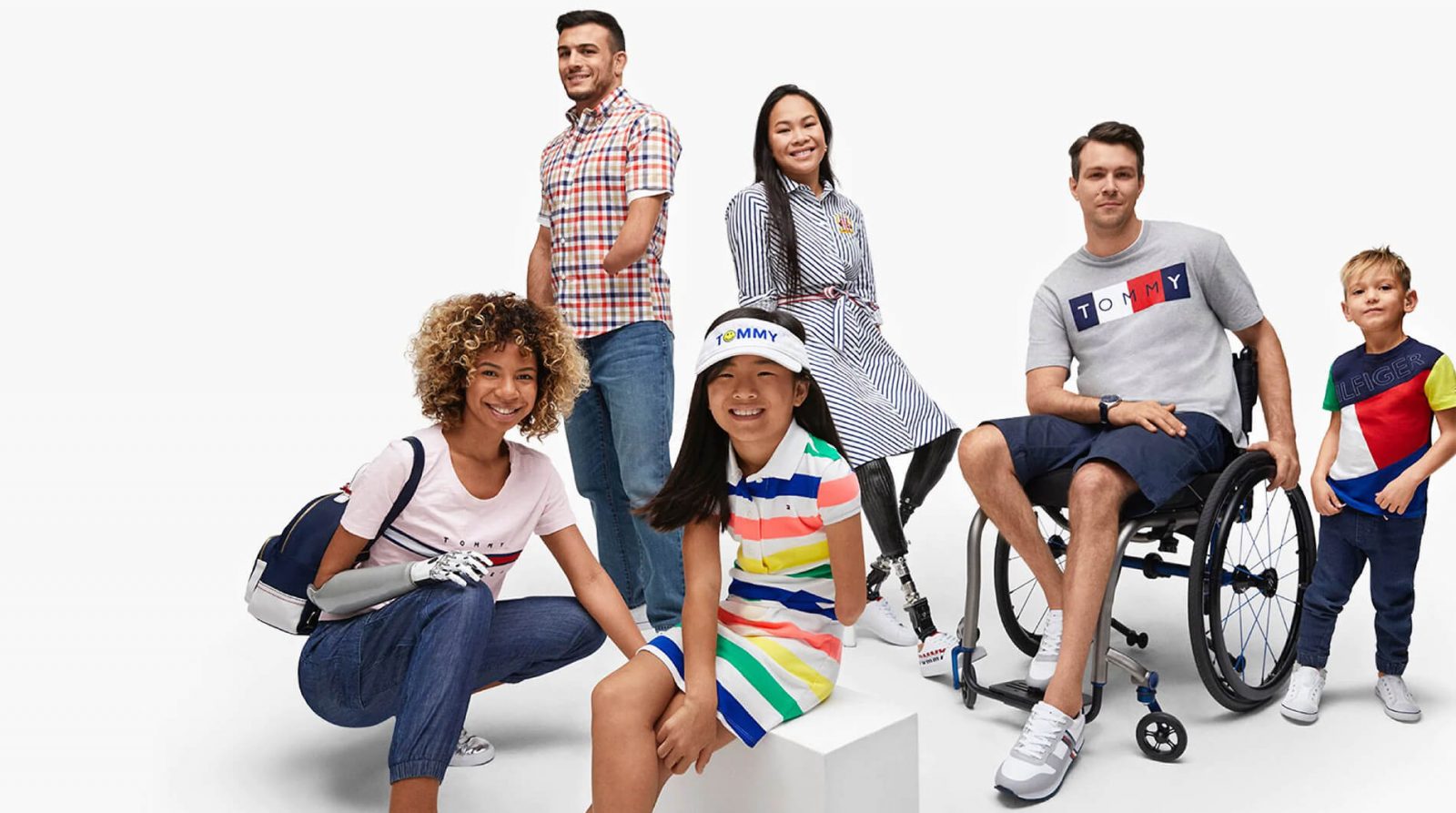 Are they tailor-made clothes? No, sometimes small details are enough to make big differences. In the new Tommy Adaptive collection, the velcro closures, the magnetic stickers, the adjustable hems and the elastic cords replace zips, double waist buttoning and all those finishings that make the clothes “not adaptable” to different needs. After all we are all different, but all the same in wanting clothes that make us feel more beautiful, as well as more comfortable.