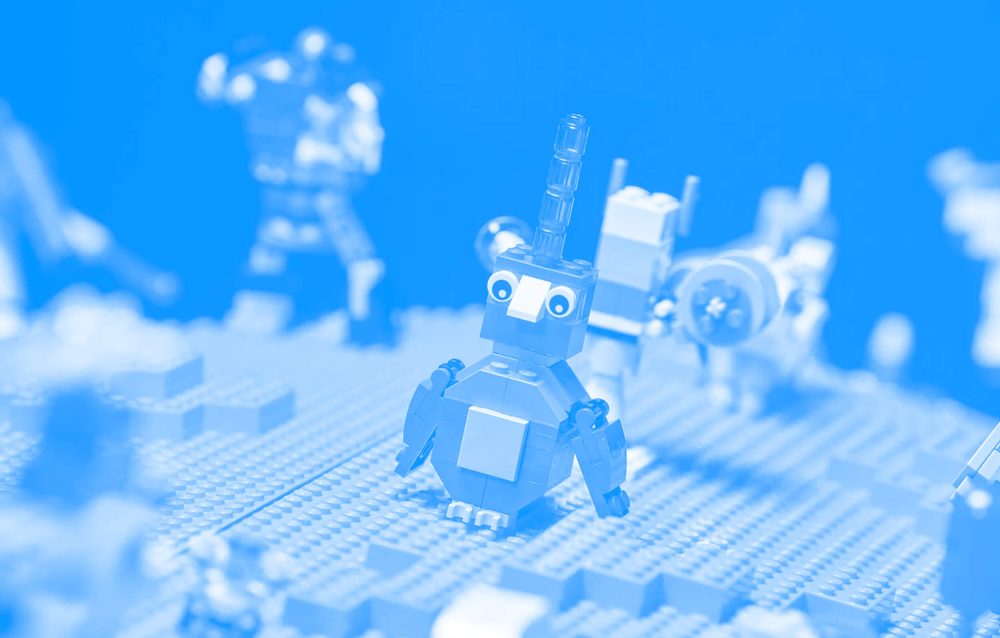 The brand that has inspired millions of children for nearly a century by allowing them to build worlds out of bricks is now assisting them in becoming creators of new digital content. Ole Kirk Kristiansen, a master carpenter, opened his business in Denmark in 1932, specializing in the construction of stools, ironing boards, ladders, and wooden toys. The first wooden brick decorated with figures and letters was created in 1946, which prompted a series of product developments, including an experimental version of interlocking plastic bricks.

We know the rest of the story. With a human resources department and psychologists dedicated to creativity as a resource for childhood, the true matrix of the brand has always been education in children’s creativity. However, What does the ambassador of creativity have to say to children in an era when ideas are no longer built with bricks but with content? Inspired by LEGO® VIDIYO™, a new product line that combines construction, music and augmented reality, Kids Creative Studio is born. It is the world’s first kid-led creative studio, with the goal of unleashing playful creativity. Mentored by leading creative professionals at the LEGO Group and Universal Music Group, Kids Creative Studio will discover and elevate the best creative kid talent with an amazing opportunity to create official LEGO content, along with music videos, that puts their full skills on display for the world.

TAKING A STAND IS our responsibility 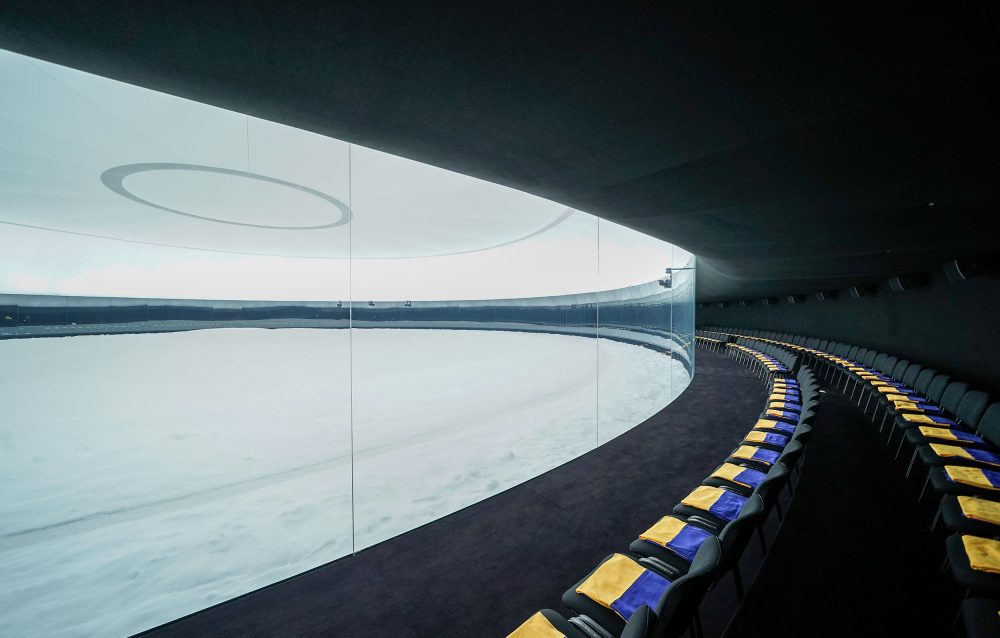 How can we help Ukraine? This is a question that the entire world has been asking since Russia’s invasion. However, this may be the first time that brands have demonstrated such active, massive, and timely participation. Almost all of them are on the front line, but each in their own way. There are those who have taken a strong stance, like Balenciaga, which was the first brand in order of time to show its solidarity by immediately clearing the Instagram feed with a high-visibility operation. There are those who have chosen a more pragmatic and direct approach, such as the Giorgio Armani Group, which contributed a donation of 500,000 euros to the emergency. Even so, there are those who have managed to be a true vehicle of solidarity for citizens worldwide.

AIRBNB HAS MANAGED TO BE A TRUE vehicle of solidarity AND ASSISTED UKRAINE THROUGH ITS OWN HOSTING SERVICE BY CANCELLING COMMISSION HOSTS.

The Airbnb initiative, which launched the possibility of assisting Ukraine through its own hosting service, is noteworthy. A straightforward but revolutionary operation. The brand declared that it would cancel the commission costs to spark a spontaneous movement of solidarity in which thousands of people from all over the world began to book houses, apartments, and rooms in Ukraine with no intention of going there, but with the sole purpose of sending money to Ukrainian hosts. Many stories have been shared on social media by individuals who have rented accommodations on Airbnb in Ukraine. An initiative that, in addition to providing important economic assistance, also served as a means of shortening distances and creating new opportunities for contact and dialogue. 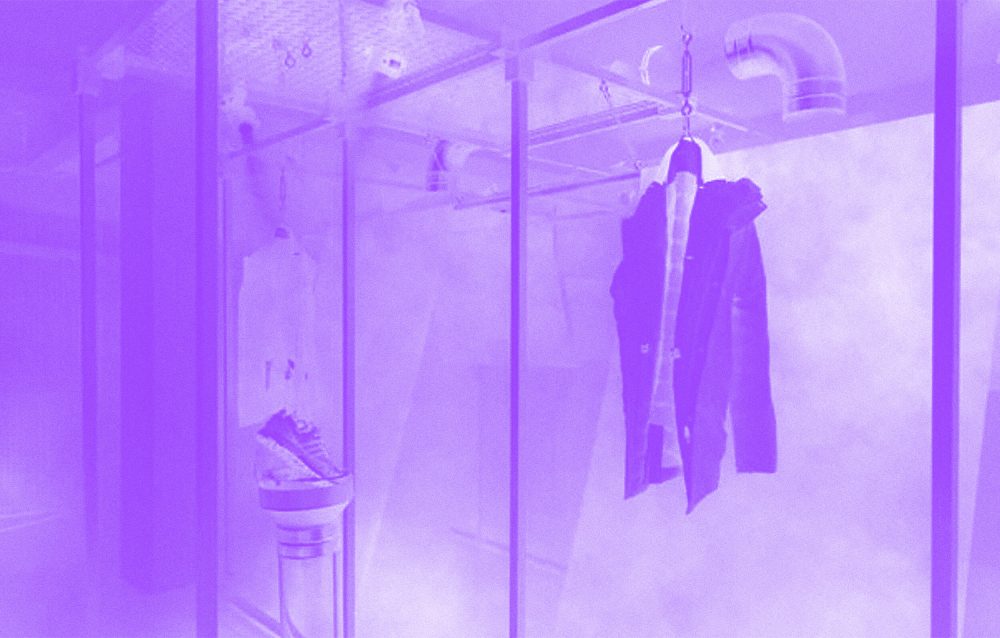 Renting rather than owning has become a more practical, but also cooler way to access products without having to own them forever. Consumers increasingly desire to be free of the hassle and the ties of ownership. This is the new consumer goods mindset that is becoming more and more rooted in the consumer, moving from important goods such as homes and cars to more ephemeral goods such as clothes and fashion.

THIS CONCEPT OF circular fashion INTRODUCES A NEW WAY OF CONSUMPTION THAT OFFERS THE ABILITY TO TRY PRODUCTS, FREEDOM FROM MAINTENANCE, AND LOWER UPFRONT COSTS.

Some brands have already taken action, such as ‘Outerwear on Demand’ by Gore-Tex. In February 2022 the sport brand announced a new garment rental program providing access to the brand’s snowsports apparel via rental. The rental will be available at 15 different resort and retail locations throughout North America, with additional locations expected in the coming seasons. Anyway, you don’t have to be sporty to try the rental experience. The world of fashion is also ready. Burberry, for example, unveiled plans to launch rental and resale via a new partnership with My Wardrobe, the UK’s leading fashion rental platform. Rentals include new collections of trench coats and handbags. What is the brand’s aim? It’s pushing circular fashion and give support to luxury fashion rental, not limited to one-off collaboration, but as adherence to a new way of consumption that offers the ability to try multiple products, freedom from maintenance, lower upfront costs.

Urban healing IS A BIG BUSINESS

Governments are embracing verdancy as scientific evidence ties it to improved physical and mental health, positive social interactions, increased life satisfaction, and other benefits. The Champs-Élysées in Paris is undergoing a green revolution; Melbourne aims for 40% canopy cover by 2040; and Costa Rica’s Urban Natural Parks initiative aims to protect green spaces. In this state of affairs, returning to green is an extremely wise but also costly investment. Eventually, who else but banks can provide concrete and long-term financial support for this operation?

THE INITIATIVE PROMOTES GREEN AND HEALTHY LIVING BY EMBRACING hybrid WORK AND DESIGNING SPACES FOR BOTH PRIVATE AND COLLABORATIVE WORK.

After designing a green ‘banking conservatory’ for its wealthiest city-state clients in Singapore, Citibank expanded its biophilic efforts at its London office in Canary Wharf. The initiative, announced in February 2022, intends to help the bank in meeting its zero-impact commitment and to persuade people not to leave urban areas. The project, which includes a winter garden and wellbeing zones with health pods, aims to promote green and healthy living. Citibank, embracing hybrid work, translated office group teams into villages and designed the space to accommodate both private and collaborative work.